As tech enthusiasts, we love seeing the possibilities of computers imagined on the big screen. Sometimes these depictions are cringe-worthy in their inaccuracy, but the best ones make us think about the future of tech, and inspire new ideas. Here are five tech movies that we love, both for their creative ingenuity and technological accuracy.

It’s the story of the social network we all know and love. This movie is lauded for it’s accurate portrayal of the computer technology in the film and of its depiction of the trials and perils of starting a tech company. Plus, it’s the fantasy of technology lovers everywhere- starting a company in your dorm room, and growing it into the largest and most successful internet platform ever heard of.

Jodie Foster appears as scientist Dr. Ellie Arroway, searching for extraterrestrial life based on strange radio waves that indicate intelligent life beyond earth. The premise is not unheard of, but the source material is a tech dream- the movie is based on a novel by the late prominent astrophysicist, Carl Sagan. This lends the film the special attribute of having fairly accurate and scientific astrophysics wound into the plot.

The Truman Show tells the story of one man’s life, entirely orchestrated and filmed for television, unbeknownst to him. Technology isn’t the primary focus of this movie, but it looms large in the background of the Truman show, just like it does in our everyday lives. Truman’s carefully staged and controlled existence pre-empts reality TV culture, where so much of “reality” is staged and carefully planned.

In the distant future, humanity lives on a giant floating spacecraft and Earth is a desolate wasteland populated only by trash collector bots like Wall-E. Although Wall-E was meant for a kid’s audience, it’s distant future seems surprisingly plausible. The technology that keeps humanity alive, in spite of their incredible obesity, is as realistic as the giant corporation that controls most of humanity’s existence. Wall-E gives robots a good name, bringing humanity back to Earth and teaching them to live a more sustainable existence.

The ultimate in sci-fi class, The Matrix is hotly debated in the tech world. Many argue that the science of the film is more flash than possibility, but there’s no denying that the concept of reality-as-computer-program is a heavy influence on modern technology. The Matrix seems like a precursor for so much of our current virtual reality tech, slowly eroding the barriers between the world and computers until reality is difficult to determine. This movie still stands as the original tech thriller, intriguing us with exciting possibility just before the new millennium. 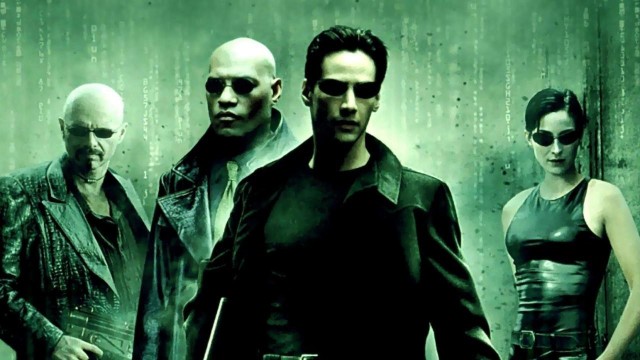 How can our love of tech grow your business? At Vertical Technologies, we’re committed to providing you the best in IT managed services. Let us show you the possibilities of our remote and onsite IT services. Request a free quote today.